Interoperability and Commercialization - Government and Industry Working Together

The panel will focus on the new challenges in government-commercial collaboration. Based on space policy and market drivers, government/civil space agencies are increasingly looking to the commercial sector to provide services in areas that would have previously addressed through government-defined specifications and build-to-suit solutions. Space communications is one of these key domains where there is increasing opportunity to leverage commercial offerings. Ground-station-as-a-service is a well-established offering, but as civil space agencies begin to look to additional offerings such as space-based relay to meet needs for ubiquitous coverage and low latency service, new challenges arise in government-commercial collaboration. This panel will focus on some of those challenges, including: (1) how to navigate government/user interests in interoperable solutions with business interests, (2) how government can seed capabilities in the market to become one of many buyers, and (3) how commercial industry and government can work toward solutions that meet the needs of space users in a way that effective from a business perspective. 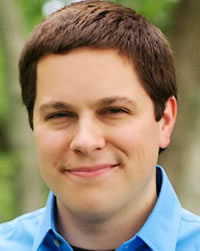 Gregory W. Heckler is the Director of the Commercial Communications Services Division (CCSD) within NASA’s Space Communication and Navigation Program (SCaN). He is leading a multifaceted effort to transition NASA’s near Earth missions to commercially provided communication and navigation services. Greg also provides programmatic leadership on the Lunar campaign, as SCaN executes plans to develop and deploy these communication and navigation capabilities. Prior to his position at NASA Headquarters, Greg was a telecommunications systems engineer at NASA Goddard Space Flight Center. He spent 6 years supporting the Tracking Data Relay Satellite Project (TDRS) contributing to the construction, launch, and operational deployment of three TDRS satellites.

Eric Gunzelman, joined SES Government Solutions (SES GS) in November 2016 and serves as the Senior Director for Corporate Development. Based on emerging U.S. Government (USG) requirements, Mr. Gunzelman is responsible for SES fleet development, ensuring SES has the assets and solutions to meet emerging USG requirements. He is also responsible for helping to ensure SES satellite networks meet USG cybersecurity requirements, and our SES GS emerging managed solutions have approved frequency clearances. All of these efforts help shape our opportunities to support USG missions around the world. He also supports a broader effort to find new, non-traditional opportunities to integrate new products & services into managed solutions that expand SES GS’ addressable market. Prior to assuming his current position, he served as the SES GS Senior Director, Mobility Sales and Integrated Development with focus on Aero opportunities, from February to August 2020. Prior to that, he served in SES GS Business Development, developing the SES GS Aero strategy. He also brought in USAF/DEUCSI effort to SES GS which promoted path-agnostic MEO and GEO satellites capabilities to the DoD, and a bridge to O3b mPOWER. In this role, he also authored a number of responses to RFIs and contributed to proposals led by sales. Finally, Eric came to SES GS as program manager, and served for 2 years managing three major GEO programs (supporting NOAA, FAA, USAF), and SES GS’s first three MEO programs. Of particular note, Eric led SES GS’s O3b plan to strengthen our commercial O3b service reliability & availability to the more stringent set of U.S. government requirements. Prior to starting with SES GS, Eric spent 26 years in the Air Force leading Space and command/control efforts. The first half of his career was in space spanning operations, acquisition and headquarters assignments. The latter half of his career was spent in command and control with time at NATO managing U.S. equities in NATO’s largest acquisition program ever. His last major USAF program was leading the AWACS program, a $250M/year effort to improve and sustain the US and international fleets. Since retirement from the Air Force, Eric has held positions in OSD as a support contractor, in a proposal management firm serving DoD contractors, and in a private 4G/LTE company. Mr. Gunzelman grew up in Baltimore, Maryland. He holds two Bachelor degrees, one in Space Physics and the other in Astronautical Engineering, both from US Air Force Academy, and two Master degrees, one in Mechanical Engineering (San Jose State University) and the other in Business Administration (Pepperdine University).

Rogan Shimmin Space Portfolio, Defense Innovation Unit (DIU) / Pentagon, is Senior Engineer and Technical Program Manager for the Defense Innovation Unit’s space portfolio, in the Office of the Secretary of Defense. He manages projects from high specific energy batteries and universal docking adapters to radiation hardened microelectronics. He currently leads the hybrid space architecture, an ambitious program to connect secure internet access through every spacecraft in orbit. Born in Adelaide, Australia, Rogan earned undergraduate degrees in mechatronics engineering, mathematics and computer science from the University of Adelaide and a doctorate in spacecraft mission design at the Institute for Space Systems at the University of Stuttgart in Germany. At NASA Ames Research Center in 2009 Rogan was the chief systems architect for a fledgling nanosatellite program called PhoneSat which spun off a company called Planet. After missing his Silicon Valley unicorn opportunity, Rogan spent three years at NASA Johnson Space Center in Houston writing flight software and statistical safety analysis tools for the Orion capsule. He then entered the USAF training pipeline to become a Rescue Combat Systems Officer flying the HC-130J Hercules. Rogan is Adjunct Faculty at the non-profit International Space University and was a founding staff member of ISU’s Southern Hemisphere Space Studies Program.

Bernhard Hufenbach , ESA, The Netherlands, leads the commercialization and innovation team of the ESA Directorate for human and robotic exploration. In this function he is responsible for developing and implementing a comprehensive innovation plan for space exploration, which includes the delivery of new initiatives aimed at paving the way for a future Low Earth Orbit and lunar economy. He works since 31 years at ESA in areas such as strategic planning, innovation management, project management, policy development, programme appraisal and evaluation, strategic partnership development, future studies and programme definition, outreach and technology development with a particular focus on space exploration. He holds two Master degrees from the Technical University of Berlin and Delft in Space Systems and Technologies and Space System Engineering, respectively.

Philip McAlister joined NASA in 2005, and he is currently the director of the Commercial Space Division at NASA Headquarters where he advises NASA about issues pertaining to the design, development, and demonstration and services of commercial spaceflight vehicles, systems, and capabilities. McAlister oversees multiple programs at NASA: the Commercial Crew Program, including the Suborbital Crew project; and the Commercial Low-Earth Orbit (LEO) Development Program, which includes private astronaut missions to the International Space Station (ISS) and the development of new commercial space destinations. Prior to this assignment, McAlister oversaw the successful Commercial Orbital Transportation Services (COTS) which facilitated the development of the SpaceX Dragon and Northrop Grumman (previously Orbital Sciences) Cygnus cargo transportation systems. He also served as the executive director for the “Review of U.S. Human Spaceflight Plans Committee” (also known as the Augustine Committee). In 2010, he earned NASA’s Exceptional Service Medal. Prior to NASA, he was a director at Futron Corporation where he managed a division that performed aerospace business analysis and technology assessments. Before joining Futron, he served as a senior manager during a 10-year career at TRW Corporation. McAlister earned a Master of Business Administration degree from Averett University, a Master of Science degree in Systems Engineering from George Mason University, and a Bachelor of Science degree in Physical Sciences from the University of Maryland.

Walter Cugno, Vice President Domain Exploration and Science, Responsible Turin Site, Thales Alenia Space Italy, boasts a 40 years long experience in the development of complex projects in the field of Aerospace, most of all for Space Exploration programs in both manned and robotic configuration. Across the years he has been taking on assignments with increasing responsibility, from Aeritalia, Alenia Spazio, Alcatel Alenia Space to Thales Alenia Space. Before the creation of the Joint Venture between Leonardo and Thales, Walter Cugno has served as Program and Operation Manager, acquiring an extensive know how in engineering, design, production & manufacturing, assembly, integration, testing and R&D. He had significant roles in projects like Spacelab, Tethered Satellite, IRIS, Lageos, Hipparcos and SAX X-ray satellites, acting as Product Assurance Manager, Assembly, Integration and Test manager, Launch Operation Manager and Project Manager. From 1997 to 2013 served as Program Manager of International Space Station programs, in particular for New NASA Initiative like the Nodes 2 (Harmony) & 3 (Tranquility), the Cupola, MPLM (Multipurpose Logistic Module) and the Cygnus Pressurized Cargo Modules. Since January 1st, 2016, Walter Cugno is Vice President of the Domain Exploration and Science of Thales Alenia Space and Responsible of the activities and the site in Turin. He is also Member of the Steering Board of ALTEC, company jointly owned by Thales Alenia Space and the Italian Space Agency.